An Audience with... Norman Lamont 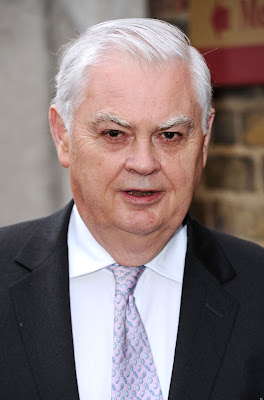 In the first of our regular "An Audience with..." former Chancellor of the Exchequer Lord (Norman) Lamont will be interviewed on stage by Tom Tugendhat MBE MP on  Thursday 23 February 2017 at 7pm at the E M Forster Theatre within the grounds of Tonbridge School.

The Rt Hon Lord Lamont of Lerwick (Norman Lamont) was born in the Shetland Islands where his father was the islands’ surgeon.  After reading Economics at Fitzwilliam College, Cambridge he worked for N M Rothschild & Sons and became director of Rothschild Asset Management.

In 1972 Norman Lamont was elected as Member of Parliament for Kingston-upon-Thames in a by-election. He served in successive governments under Margaret Thatcher and John Major, including stints at Energy, Industry, Defence and the Treasury.  He served as Chief Secretary to the Treasury whilst John Major was Chancellor, and became Chancellor of the Exchequer in November 1990, when John Major was elected Leader of the Conservative Party. During the leadership election he ran John Major’s campaign.

Norman Lamont was the government’s key negotiator on Economic and Monetary Union (EMU) which led to the Maastricht Treaty and the single currency, to which he was strongly opposed. Lamont set out two objectives: first to ensure Britain did not have to join the single currency and second, to ensure the opt-out was legally water-tight. To the surprise of his officials, he achieved both objectives.

Under Lamont’s Chancellorship inflation fell dramatically, the economy started to recover from the recession, and tough measures to reduce the deficit were taken. Britain was ejected from the ERM which most commentators believed we had joined at an unsustainably high rate under John Major’s period at the Treasury.

In the weeks immediately following the UKs withdrawal Lamont appeared sanguine, telling journalists in Washington that his wife had heard him ‘singing in the bath that morning’ and in May 1993 when asked about his term as Chancellor, replying ‘Je ne regrette rien’. Three weeks later Lamont resigned, refusing a demotion to become Secretary of State for the Environment. He subsequently delivered his now famous resignation speech, accusing the government of being ‘in office but not in power’ and stating that the Prime Minister had instructed him not to resign during ’Black Wednesday’ and had allowed him to carry the can. Sir Alan Walters, Economic Advisor to Lady Thatcher, described Norman Lamont in his post ERM actions, “to be not only the most effective but also the bravest Chancellor since the War.”

In 1994 Lord Lamont hit the headlines at the Conservative Party Conference by saying he would see no “unambiguous” benefit from Britain’s membership of the EU and one day we might have to choose between being in a European state of leaving the EU. He campaigned for the Leave side in the recent referendum.

At the 1997 General Election the Kingston-upon-Thames constituency was abolished in boundary changes and he was adopted for Harrogate, which was lost in the nationwide anti-Conservative swing at that election. In 1998 he was elevated to the House of Lords by William Hague as ‘Baron Lamont of Lerwick’.

We are delighted to welcome Lord Lamont to West Kent and look forward to hearing his personal account of his time in government under Margaret Thatcher and John Major and his views on how to handle Brexit.

Tickets for An Audience with Lord Lamont are £15.00 per person for the show or £35.00 per person if you would like to stay for the after-show “Wine and Canape” Reception.

Posted by West Kent Conservatives at 05:59